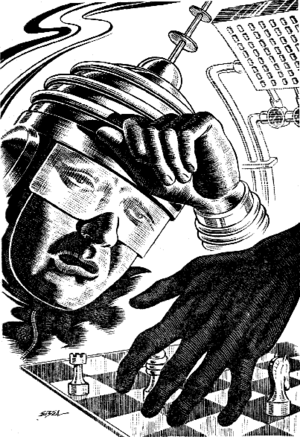 Chess,
a two-player zero-sum abstract strategy board game with perfect information as classified by John von Neumann. Chess has an estimated state-space complexity of 1046 [2] , the estimated game tree complexity of 10123 is based on an average branching factor of 35 and an average game length of 80 ply [3] . This page is about the basic chess items, chessboard, pieces and moves, and how they are considered or encoded inside a chess program, to either represent a chess position inside its search and to play the game of chess. It sub-pages intersect with evaluation, board representation and even search topics.

The Game of Chess

Quote from Philosophy Looks at Chess [13] :