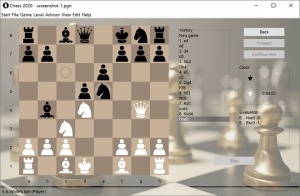 The commercial Chess 2013 provides a choice of visual styles for the chessboard, chess pieces, and the background. According to its author, it has improved by ca. 100 ELO points over Chess 2012 [3].