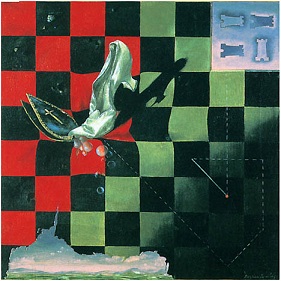 In the Endgame chess programs usually have quite a lot of difficulties. Even the most simple endgames often just lead to a mate after 10 to 15 plys or more, which is far beyond the horizon for engines without the specific endgame knowledge. There are some concepts that a chess programmer should implement to overcome the most basic problems. Usually chess engines activate this special Endgame knowledge as soon as the material on board reaches a certain lower-bound.

Nowhere else are the Transposition Hash Tables more efficient than in Endgames. They are invaluable.

When doing a positional evaluation, in the endgame, the chess engines should change some parameters. So for example in the middlegame, if the opponent's king is trapped in the center, it should be evaluated much better for the program than the opponent's king, safely standing at the border. In the endgame however, its the other way round. A king on the edge or even in the corner has not so many squares to escape to and is more beneficial for the other player. Furthermore, if you only have one bishop, it might be good to evaluate the opponent's king being forced to go to the corner with the color of the bishop a higher bonus, than for the other corner. In addition Pawn promotion is a very important aim in most endgames. The chess engines should consider that by evaluating the strength of passed pawns.

Some endgames are extensively covered by theory, and for that reason one can supply a vast number of heuristics for playing them. Typical examples include:

Currently many engines support the usage of Endgame Tablebases, precalculated databases that hold for every possible position in a certain endgame, whether it is drawn or how many moves are left for a side to win/lose assuming perfect play. With the help of those, chess engines can simply lookup, if it is advisable to do a certain exchange or not, as well as how to finish some of the more tricky endgames. The advantage of Endgame Tablebases is the ability to determine the definite outcome of a certain position, but on the other side, Tablebases are very space consuming and the disk-access tends to be slow.