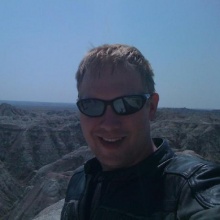 Eric Oldre,
an American technical architect, independent software consultant, and software engineer with expertise in C#, ASP.Net, AJAX, jQuery, and VB.NET, who holds a Bachelor's degree in organizational management from Gustavus Adolphus College [2] in 1999. In 2004, Eric started chess programming in VB.NET, and soon focused on a new version written in C [3], which evolved to the engine name Latista, later renamed to Sinobyl due to trademark issues [4]. Sinobyl was later ported to C# [5], released in 2014 as NoraGrace, dedicated to Nora Grace Oldre who was taken from Eric and his wife unexpectedly a few days before she was due to be born [6].