Difference between revisions of "Protector"

Protector,
an UCI compliant open source chess engine written by Raimund Heid in C, distributed under the GNU General Public License GPL. Protector already started its life in early 2000 [2] , and over the time incorporated many public ideas and techniques known from other open source programs, notably Crafty, Fruit, Toga, Glaurung/Stockfish and RobboLito. It can be compiled to run under Windows, Linux and Mac OS. Protector is incorporated in the cluster chess project GridProtector by Kai Himstedt which had its debut at PT 49.

Protector participated at the TCEC Season 6, the TCEC Season 7, and over the board the WCCC 2015 and WCSC 2015 in Leiden, operated by Timo Haupt, who was also responsible for the book lines. At the WCCC, Protector played strongly and shared the third place with HIARCS with 5/8, only losing from Komodo. At the uniform hardware WCSC Protector also shared the third place, now with Komodo, both 4½/7, behind Shredder and Ginkgo. 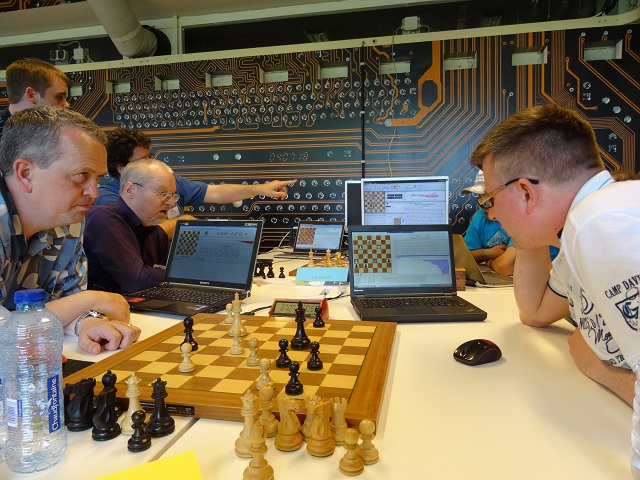 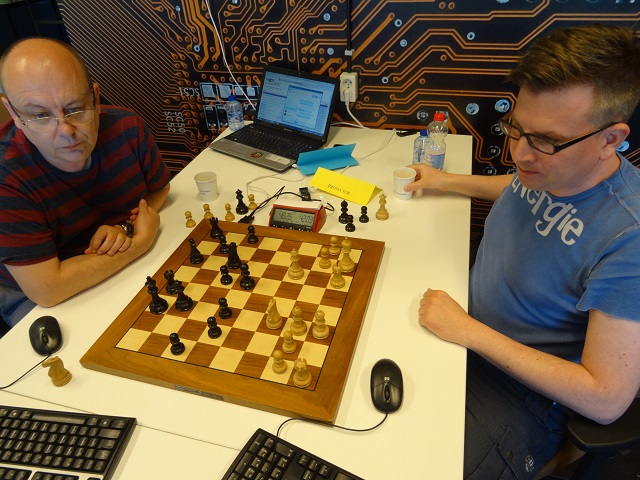 WCSC 2015, round 2, Harvey Williamson and Timo Haupt in Protector vs. HIARCS waiting for 20.Qa8+

The evaluation caches pawn structure and king safety stuff in thread local hash tables. Opening and endgame scores of various features are computed and aggregated speculatively and finally interpolated by a tapered eval on the current game phase.