Difference between revisions of "Material" 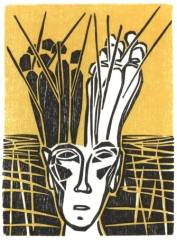 Material,
a term determined by the sum of piece values of each side. The material value is the most influential part of the evaluation. Usually it is the sum of a constant value for each piece present, measured in units of a fraction of a pawn, for instance the common centipawn scale, which allows positional features of the position, worth less than a single pawn, to be evaluated without requiring fractions but a fixed point score.

In chess, it is known that certain material features provide an advantage, such as the bishop pair (which might be worth as much as half a pawn). A program might increase the values of rooks when there are less pawns on the board or prefer knights when there are many pawns. Larry Kaufman performed statistical tests on a variety of different material configurations to approximate their values [2] .

Using values like these blindly can lead to bad play. Most programs uses special code or tables to detect drawn or likely drawn material combinations. For example, KB vs K is a draw, as is KN vs K and KNN vs K. There is also a class of almost-certain draws, not mentioned in the FIDE rules because of the possibility of a checkmate (KN vs KN [4] , KB vs KN, KNN vs KB, KBN vs KB, KBN vs KR etc.) A general rule that, although not perfect, catches many likely draws is that if one side has no pawns left, it needs the equivalent of +4 pawns more material to win. For example, KRN vsv KR is usually a draw, where KRR vs KBN is usually a win for the rook side. For more details see draw evaluation and interior node recognizer.

The Material Balance is finally returned as the almost most dominating evaluation term, usually in Negamax from side to move's point of view, and in its pure form simply the difference of both sides material, MD:

As mentioned, other material considerations, concerning insufficient material and material imbalances (e.g. rook versus two minor pieces, queen versus two rooks or three pieces, three pawns versus piece) should be taken into account - for instance to encourage exchanging pieces but no pawns if ahead, see the hashing approach of Chess 4.5.