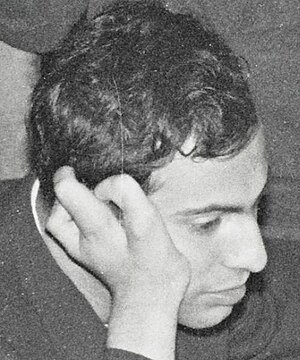 Tactics in chess is the coordinated task in realizing short-term advantage or equilibration, yielding in mate attack, material gain, or forcing draw in inferior positions. Tactical moves either change the material balance immediately, or in a wider sense, threaten to win material and/or checkmate considering certain tactical motives. Often tactics of several types are conjoined in a combination including short-term sacrifices. While tactics is most often a domain of the middlegame, it already appears in various opening lines, specially gambits, very early in the game. During the endgame, technical or strategical play seems to dominate, but there are many tactical motives like pursuits, stalemate, zugzwang, pawns breakthrough and passed pawns to name a few, to be considered there as well.

The concepts of strategy and tactics in chess and other sports are derived from military origins as defined as a fourfold hierarchy of strategy, operational objective, tactic and task.

Tactical positions usually involve tension and offer tactical motives and moves, possibilities to attack and counter attack kings or valuable pieces, often one tempo is decisive. Tactical positions require concrete calculation rather than strategic long-range planning, and that is what makes most chess programs so strong compared to human players in these kind of positions. On the other hand, certain chess tactics, even if a domain of the computers, are still too complicated and deep for chess programs to solve in a reasonable time frame, and require hours or days of computer and/or human master analysis, to eventually discover the "truth of the position".

Todays rather selective chess programs almost perform an exhaustive search of immediate tactical moves, and even tend to extend them, or at least to don't prune or reduce them, and further perform a quiescence search at horizon nodes. If the iterative deepening search-routine of a chess program "suddenly" recognizes a "big" score jump at the root, there is almost certainly chess tactics involved.

Search trees of highly tactical positions tend to be narrow and deep. Often, replies are singular due to forced recaptures or check evasions, triggering for instance check extensions, recapture extensions, singular extensions or one reply extensions. The somehow complement set of non-tactical moves may be reduced by null move pruning, multi-cut and late move reductions. Tactics is therefor covered by search, even with rudimentary evaluation (better with some king safety terms involved) - but positional evaluation and strategical knowledge is necessary to drive the program into tactical positions, where it might out-search the opponent due to its superior search. Anyway, some programs consider some tactical motives in their evaluation or search control, which are usually not subject of a quiescence search, to become aware before they occur two or more plies behind the horizon, especially in PV-nodes and to avoid standing pat if the opponent has some threats.

Some programs consider some tactical features in evaluation, i.e. penalties for pieces en prise of either side [5]. One may also consider too many hanging pieces, even if not actually attacked but the opponent has resources to perform double attacks. Pinned pieces may subject of respective penalties in evaluation as well.