From Chessprogramming wiki
(Redirected from Rofchade)
Jump to: navigation, search

RofChade, (rofChade)
an UCI compliant chess engine by Ronald Friederich, written in C++. While its over the board tournament debut already occured at the PT 53 in Spring 2018, RofChade was first released in August 2018. However, the program's name was already established after the author made first attempts in chess programming in the 90s, combining his initials and rochade, the Dutch term for castling [1]. Despite initially using a tapered eval of middlegame and endgame material and asymmetrical piece-square tables only, albeit Texel tuned and along with a sophisticated parallel search, RofChade 1.0 nevertheless already played in the 2700+ Elo range [2]. RofChade 2.0 in December 2018, came with an improved evaluation considering pawn structure and king safety.

RofChade had its over the board tournament debut at the PT 53 CSVN Programmers Tournament, and further played the PT 54, the PT 55 (2nd behind Komodo), and won the PT 56. Online, at the WCRCC 2018, RofChade won versus Chiron and Komodo in the regular rounds, and all three programs finished with 8½/11 so that a playoff was neccessary to decide about the winner, where finally the commercial program succeeded with RofChade strong third. Since February 2019 at TCEC Season 14, RofChade successfully plays at TCEC, promoting to the First Division. 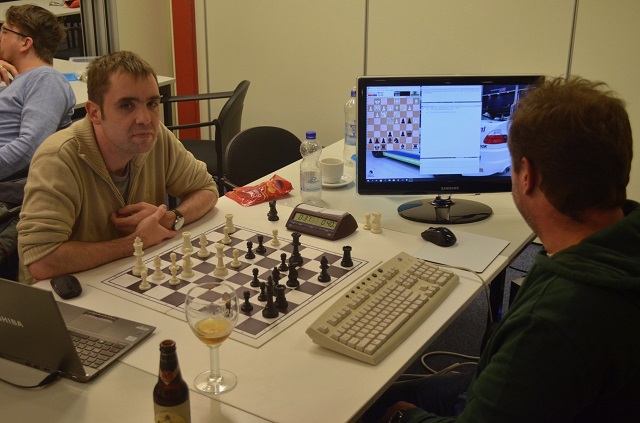 PT 54 round 7, Jonny vs. RofChade operated by their authors Johannes Zwanzger and Ronald Friederich [3]