Difference between revisions of "Linux" 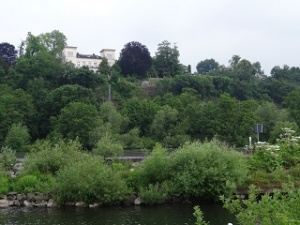 Linux,
a Unix compatible operating system written by Linus Torvalds [2] and contributors. It has gained widespread use in most every aspect of computing technology. Linux's support for consumer grade chess engines and GUIs is not great, but is improving. Once, XBoard with GNU Chess was the only program, but now the commercial Shredder, and the free PyChess, Scid vs. PC, Cute Chess and Arena have polished interfaces and are easy to use. The powerful and fast database program, SCID (and it's many derivatives), make Linux a valid choice for chess professionals preparing for tournament matches.

The document contains details about data representation, function calling conventions, register usage conventions, name mangling schemes, etc. for many different C++ compilers and operating systems. Discusses compatibilities and incompatibilities between different C++ compilers. Includes information that is not covered by the official Application Binary Interface standards (ABI's). The information provided here is based on my own research and therefore descriptive rather than normative. Intended as a source of reference for programmers who want to make function libraries compatible with multiple compilers or operating systems and for makers of compilers and other development tools who want their tools to be compatible with existing tools.