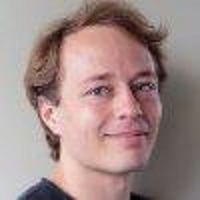 Steinar H. Gunderson, (Sesse)
a Norwegian computer scientist and software engineer, Debian developer and ex-demoscener [2]. While currently affiliated with the Oracle Corporation in the MySQL optimizer team, he previously worked at Google Switzerland on projects such as IPv6, Snappy, and Search by Image [3]. He holds a master in CS from Norwegian University of Science and Technology in Trondheim on the topic of music information retrieval [4]. Steinar H. Gunderson has a wide range of interests spanning from DSP and computer chess to high-level languages and networking architecture. He has contributed to various FOSS projects [5].

In 2007, Sesse published the unofficial CTG specification (ChessBase Opening Tree of Games) [6]. He is author of remoteglot [7], a program used to use a UCI compatible chess engine to analyze chess games, including live online relay. It is used for his live chess analysis website, known as Sesse [8]. He has further written the UCI compliant engine Stupid [9], hosts Nalimov Tablebases and Syzygy Bases [10], and is contributor to the Stockfish project [11].