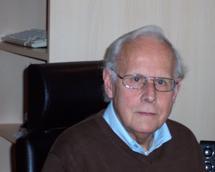 Willem (Wim) J. Rens,
a Dutch retired IT professional and analyst, and in the 80s as chess programmer author of Gambiet, which was the first commercial chess program from the Netherlands, written in Z80 assembly language for TRS-80 home computers. After some years of success in the early 80s and involvement with Microtrend, he had several ideas to further improve the program, but most failed due to hardware limitations and the complexity barrier. About thirty years later, he became challenged to try his old ideas about chess programming with Visual Basic with the result of GambitVB.

Inspired by the the book Sargon: A Computer Chess Program by Dan and Kathe Spracklen [2], Wim Rens started chess programming in early 1979. His first program dubbed Gabmol, written in Z80 assembly language for the TRS-80 home computers, made some publicity in the Netherlands when it won a match versus Peter van Diepen's program IGM which ran on a UNIVAC 418 III [3].

Wim Rens in his June 1981 Databus article Grondslagen van computerschaak on how it began with Microtrend and Gambiet [4]:

Wim Rens was hired by Microtrend and his program went commercial called Gambiet 80. After the shared third place at the first WMCCC 1980 in London, Gambiet further evolved and became the software of the Videopac C 7010 module of the Philips Videopac G7000 video game console in 1982 [5]. 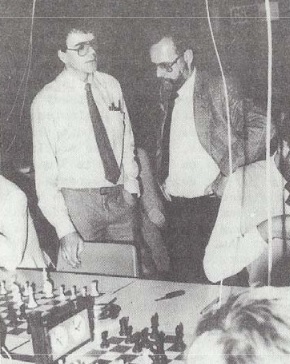 When Microsoft introduced the .NET framework in 2002, Wim Rens tried his old chess programming ideas with Visual Basic, and performance critical parts of subsequent versions rewritten in none managed C++ . GambitVB plays reasonable chess, has an own GUI, and is open source [7].