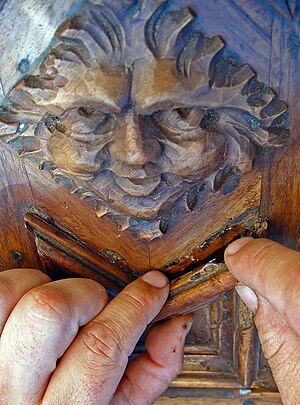 Chest, (CHEST, CHEss problem analyST)
a program for solving orthodox chess problems, such as checkmate, stalemate, helpmate, helpstalemate, selfmate and selfstalemate in N [2]. Chest was developed since 1987, written in ANSI C by Heiner Marxen, Holger Pause and Thomas Rakovsky, while Heiner Marxen already started with a mate-in-two solver written in Fortran II in 1973 [3]. Chest does not play chess, but proves shortest solutions or its absence. It was first released in December 1999 as open source [4].

Chest uses a one-dimensional, incremental updated 16x24 mailbox board representation to not only apply vector attacks but also to allow any legal displacement vector between two non-border squares to be added to any legal square without probing memory outside the 16x24 array. Per square, Chest keeps distinct piece type and piece color, and further piece-sets of direct and indirect attacking/defending pieces. The redundancy pays off, since the attack info greatly speeds up the generation of legal moves.

ChestUCI by Franz Huber [6], is an UCI adapter written in Delphi for a slightly modified Chest 3.19 (closed source), to run it from any UCI capable GUI .