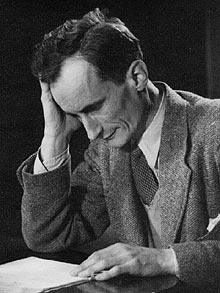 Shaun Wylie, (January 17, 1913 – October 2 , 2009 [2])
was a British mathematician and along with Alan Turing a World War II codebreaker at Bletchley Park, contributing to crack the German Enigma machine and along with Jack Good and Donald Michie et al. in the section Newmanry headed by Max Newman to crack the Lorenz cipher [3].

In 1947-48, along with Michie, Wylie designed Machiavelli, a rival of Turing's Turochamp program [4] [5]. Turing began programming both at Manchester but never completed them and they never played each other [6] .