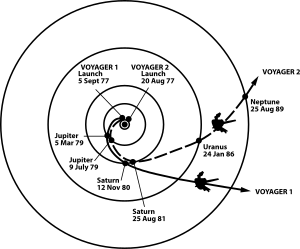 Voyager,
a Crafty clone by Gabriele Müller. Voyager appeared in 1998 and played on Internet Chess Club (ICC), Free Internet Chess Server (FICS), and various private tournaments [2]. In February 1999, Robert Hyatt published the findings of his investigation, which showed Voyager was a clone of Crafty. Strings were translated to German, an own Copyright string was given, but otherwise it contained more or less the complete Crafty framework with various tweaks in search, like Null Move Pruning with R = 3 [3] and evaluation.