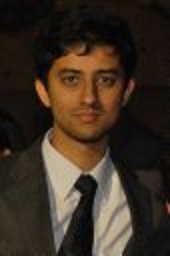 Rahul Aralikatte,
an Indian computer scientist and Ph.D. student at the CoAStaL NLP group at the University of Copenhagen working on NLU. Previously he was affiliated with IBM Research Bangalore working on deep learning. He holds a masters degree in CS from International Institute of Information Technology, Bangalore, Bangalore on the topic of genetic algorithms applied to a Self Learning Chess Engine [2], where he gave a brief overview of the history and the basics of chess programming, and introduced neural networks and deep learning. The thesis chess engine dubbed Phoenix is based on CuckooChess by Peter Österlund. Rahul Aralikatte interests in computer chess also manifests in a kind of Java "port" of Stockfish, where he docked pipes into Stockfish’s IO and routed everything into a Java class [3].