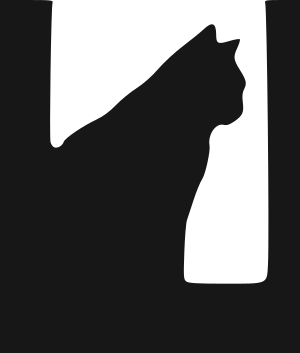 Murka, (Мурка)
a Chess Engine Communication Protocol and UCI compliant by Igor Korshunov, written in C++. Since his WildCat sources became no longer maintainable, Igor decited to start a new engine from scratch, first released in May 2010 [2]. In July 2013, the significant improved Murka 3.0 was released [3], tuned with a modified Nelder–Mead method [4].

Initially starting with rotated bitboards, Murka now uses magic bitboards to determine sliding piece attacks. Bitscan forward is either done by even De Bruijn Multiplication or x86-64 processor instruction via the _BitScanForward64 intrinsic. However, on x86-64 for scalar integers with appropriate reduced value range, it is not recommended to use 8-bit or 16-bit types, but 32-bit double words.

The staged move generator uses five routines, one for all moves, and further for captures and queening, check evasions, quiet moves, and finally checks, which has a mask to exclude already generated captures.

Murka applies fail-soft PVS with transposition table inside an iterative deepening framework at the root. Selectivity is realized by adaptive null move pruning with R increased with depth and on evaluation score by margin worse than alpha, and LMR with verification, very aggressively at Cut-nodes. Checks and good recaptures are extended at PV-nodes only, while pruning is done at shallow depths in too good and too bad positions. Move ordering considers hash move, MVV/LVA for good captures with SEE >= 0, two killer moves, quiet moves by history heuristic, and remaining captures. The quiescence search looks for good captures in MVV/LVA order and queen promotions. At the horizon, the first ply of quiescence, check giving moves are tried.

Murka (Мурка) is a Russian common pet name for a cat, and one of the most famous Russian chansons [6]. The original version of the lyrics played by Konstantin Sokolsky was apparently written by Odessa poet Jacob Yadov in 1923 .