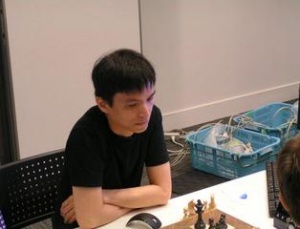 Kerwin F. Medina,
an American computer scientist, computer chess programmer, and principal software engineer at Microsoft [2]. In 1996, he contributed the LZHLIB [3] a small C library to compress and uncompress using the LZH algorithm, which is a direct derivative of the source code of Haruhiko Okumura's ar-archiver [4]. In 2009, Kerwin Medina assumed the development of Thinker by Lance Perkins [5] [6] , and is mentioned as lonesome author of Thinker on the ICGA tournament site [7] [8].