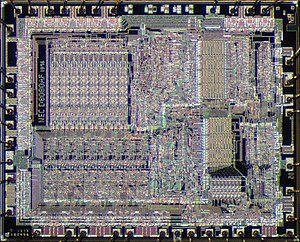 8080,
a 8-bit microprocessor from Intel released in April 1974 running at 2 MHz. The 8080 is generally considered to be the first truly usable microprocessor. It had an 8-bit data-bus and 16-bit address-bus, allowing to address 64 KByte of memory, containing program code as well as data (Von Neumann architecture). 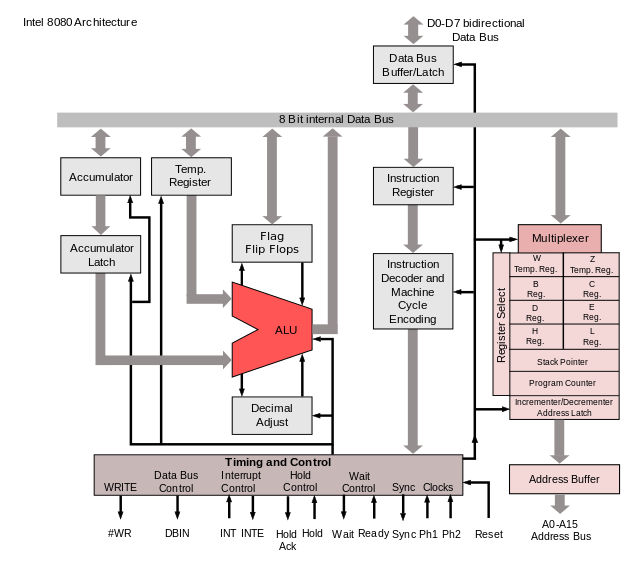 8080 had seven byte-registers: A, B, C, D, E, H, and L. A was the 8-bit accumulator for most arithmetical and logical instructions and the other six could be used as either byte-registers or as three 16-bit register pairs (BC, DE, HL) depending on the particular instruction. HL was also used as (a limited) 16-bit accumulator. It further had a 16-bit stack pointer register and an 16-bit instruction pointer. After a hardware reset ip was cleared zero and started to fetch the first instruction from that address.

Successor was Intel 8085 in 1977 with same instruction set but required less supporting hardware, and Zilog Z80 [3] .

8080 and all it's successors were little-endian machines, concerning the byte-order of 16-bit words in memory.