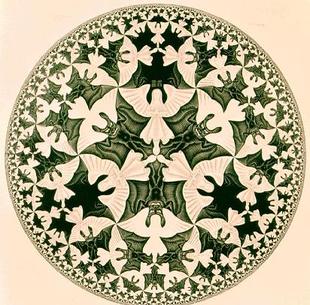 Interior Node recognizers,
evaluation like functions called from within a node in order to avoid unnecessary searches if perfect knowledge is available, either to prune or narrow the bounds at interior nodes. Most of the time result replacing search is obtained from endgame tablebases, generated by retrograde analysis, but this may well be replaced by code detecting certain characteristics of the position. A trivial example of such a heuristic (restricted to detecting draws) may be found on a page devoted to KPK endings. Other examples are positions with known draws, such as lone K vs lone K, K+B vs K or K+N vs K.

Implementation of this technique requires a legality check (even in the most basic example, claiming draw when there are only kings on the board, a buggy code may encourage going into this ending by the means of the illegal capture) or a legal move generator. In general, if a recognizer is based on a remaining material, special care must be taken to avoid the possibility of a stalemate and whether hanging pieces may be captured - for instance if the lonesome king in KBNK may capture either the bishop or knight. Score obtained from interior node recognizers may be treated as if it came from the probe of a transposition table, so they ought to be called near to it. In order to make recognizer results compatible with the results of probes from the transposition tables, they are composed from bound and score information.