Matador,
a family of private chess engines by Stefan Knappe. Matador played six IPCCCs, and had its debut in 2000 where it upset IsiChess in the Semi-Slav Botvinnik Variation, further the BELCT 2001 as Lokalmatador [2], and the CCT6 and CCT7 online tournaments.

The first version, Matator I, developed in 1996, was written in Visual Basic 5.0, had an own GUI, used a 10x12 Board, performing PVS with transposition table, null move pruning, quiescence search, and some kind of check extensions [3]. Matador II in 1998 was written in C and compliant with the Chess Engine Communication Protocol. In 2002, Matador III was a major rewrite using bitboards as board representation, and supported UCI, while Matador IV started to play chess in 2004 [4]. 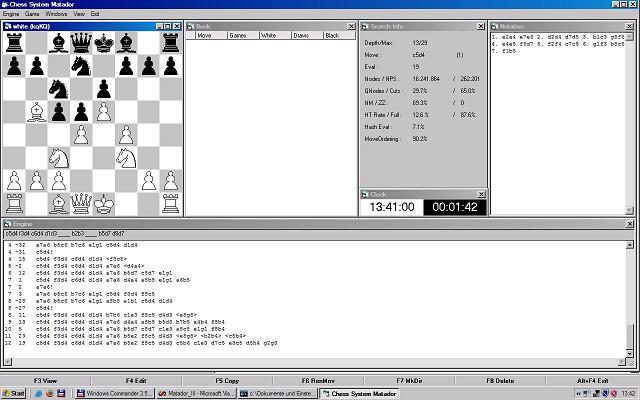