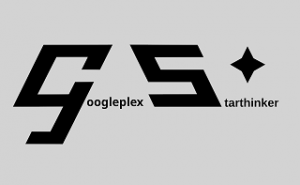 In the scripts for Fit the Fourth of the The Hitchhiker's Guide to the Galaxy radio series, the first programmer asks Deep Thought if it is not "a greater analyst than the Googleplex Starthinker in the Seventh Galaxy of Light and Ingenuity which can calculate the trajectory of every single dust particle throughout a five-week Aldebaran sand blizzard?", which the great computer dismisses because he has already "contemplated the very vectors of the atoms in the Big Bang itself" [4] [5] [6].