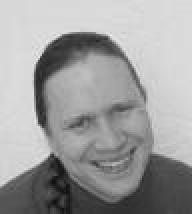 Along with Mark Lefler, Jeff Mallett is co-author of the general game playing program Zillions of Games, first released in 1998 [3]. He is also co-founder of the Zillions Development Corporation [4].

Jeff Mallett proposed Minichess variants played on a 5x5 or 6x6 board. In Mallett Chess two white knight play against two black bishops [5]. Of course, both setups could be played with Zillions of Games.