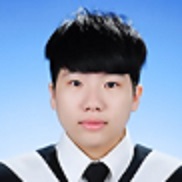 Chia-Hsiu Kao,
a Taiwanese computer scientist and electrical engineer. He holds a Master's degree in computer science from National University of Tainan (NUTN) in 2017. He was involved in the implementation of a Fuzzy markup language (FML) based prediction agent and its application to Go.

Abtract from FML-based Prediction Agent and Its Application to Game of Go [2]: