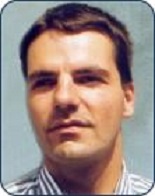 Michael Thielscher,
a German mathematician, computer scientist and professor at School of Computer Science and Engineering, University of New South Wales, and adjunct professor with the School of Computing and Mathematics at the University of Western Sydney, previously associate professor of Computational Logic at Dresden University of Technology [2]. He received his postgraduate diploma in 1992, his Ph.D. in 1994, and habilitation in computer science in 1997 from Darmstadt University [3], his research interest include cognitive agents and robots, General Game Playing [4], and constraint logic programming. Michael Thielscher is co-author of the General Game Playing system FluxPlayer [5], and contributed to extensions of the Game Description Language (GDL).