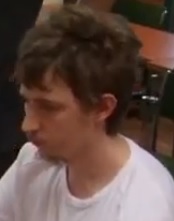 Teemu Pudas,
a Finnish computer scientist, research assistant at Aalto University School of Science and Technology [2], and FIDE-Master in chess [3]. Teemu Pudas is an authority in computer chess, and expert poster in computer chess forums, in particular until 2012 under his alias Vempele in the Rybka Forum. He is author of the private chess engine goaT, featuring 16x14 mailbox and DTS [4], and further contributed to various Fruit derivatives, such as the Chess960 capable Toga version Toga CMLX [5], and Grapefruit [6].