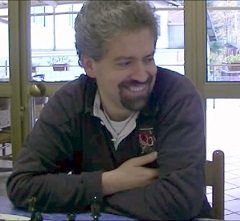 Mauro Riccardi,
an Italian physicist with a Laurea degree in 2000 from University of Pisa and a Ph.D. in theoretical physics in 2005 from University of Florence. He was postdoc at Heriot-Watt University and University of Turin [2], where he researched on quantum mechanics and quantum field theory, in particular the quantum Hall effect, Landau quantization and Wilson loops in gauge theory. Since 2010, he is self employed software developer and scientific consultant, as a chess player [3] with interests in chess programming, Mauro Riccardi is author of chess engine Chexa. 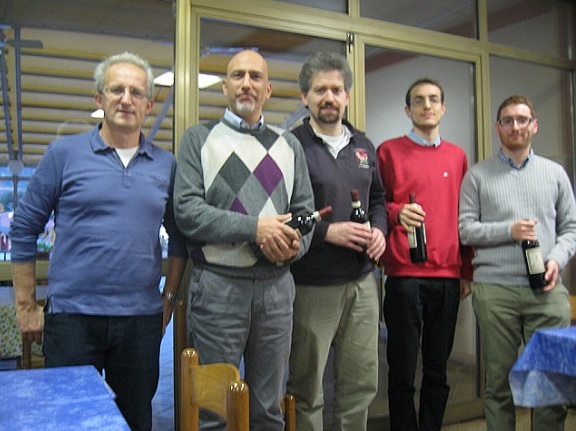