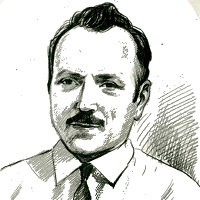 Lyudmil Antonov,
a Bulgarian medical statistician, biostatistician, and chief expert and member of the Bulgarian Drug Agency and the European Medicines Agency. He holds a M.Sc. in molecular and computational biology from Sofia University in 1980, and a Ph.D. in genetic analysis and modelling in 1995 [2]. Lyudmil Antonov is contributor to the Stockfish project [3], where he combines his professional expertise in statistics and his avocational interests in parameter tuning, in particular applying SPSA, where he modified the approach by Joona Kiiski [4] trying a two-measurement versus one-measurement form of SPSA, and applying the win probability E formula as objective function [5].