Difference between revisions of "WinBoard"

WinBoard is a graphical user interface for the Chess Engine Communication Protocol under the Windows operating system, also called the WinBoard protocol, initially designed and developed by Tim Mann based on XBoard. In 2009, Harm Geert Muller became the main developer and proposed a protocol definition [1], also covering Chess Variants with different board sizes. 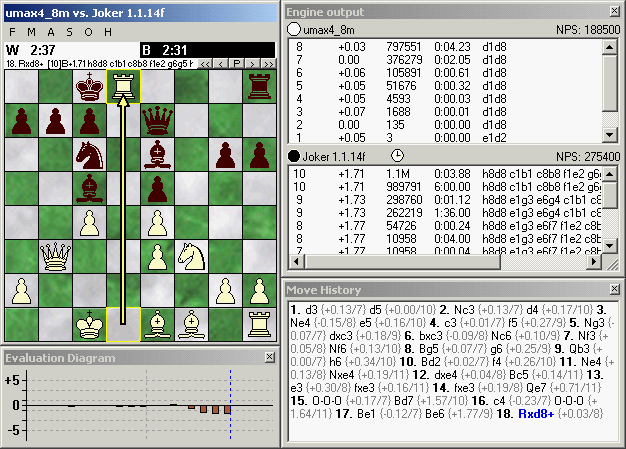 Tim Mann's quote from an Interview by Frank Quisinsky, April 2000 [2]:

Winboard supports only Chess Engine Communication Protocol. However, UCI's chess engines can run with Winboard via some adapters such as PolyGlot, UCI2WB ones.

Winboard was the first-ever and unique for a while chess graphical user interface with good and very fast graphics, various functions, almost enough for general users. However, some users criticize it since it does not support directly UCI's chess engines as well as it has old-style, complicated and hard to use interface. Not supporting directly UCI engines is a huge disadvantage since almost all new and/or strong chess engines nowadays are UCI ones. It is also the main reason why recently there are so few computer chess tournaments using Winboard as a Tournament Manager even it has enough functions to do that task.