Difference between revisions of "Thomas Nitsche" 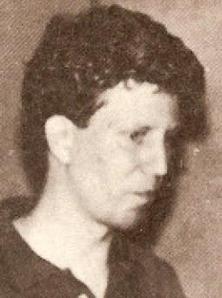 Thomas Nitsche,
a German mathematician and computer scientist, former computer chess programmer, and along with Elmar Henne affiliated with Proximic, a high performance contextual matching service. As student at the University of Freiburg, Thomas Nitsche started computer chess programming in the early 70s. His program Orwell already played the first First GI Computer Chess Tournament 1975 in Dortmund. When Nitsche went to the Technical University of Munich, he started to write a parallel version of Orwell, called Parwell, in collaboration with Elmar Henne and Wolfram Wolff. Henne and Nitsche were most famous for their mighty Mephisto computers with the unique Briquette design, manufactured by Hegener & Glaser [2]. 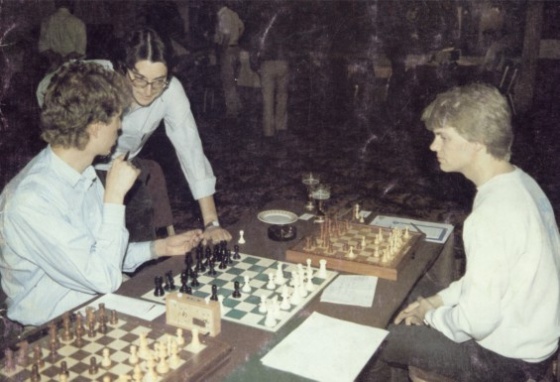 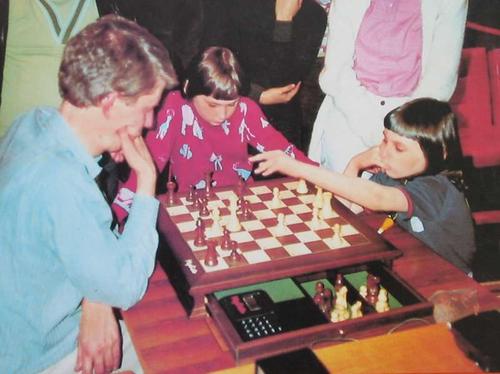 Along with his wife Oxana and his sons Raphael and Maxim, Thomas Nitsche founded the startup Cogeon in 2013 [6], to market Math42, an app for Android and iOS developed by Raphael and Maxim, which was designed to solve math problems [7] [8].

As reported by Albert Silver, AlphaGo and AlphaZero team member Thore Graepel recently visited ChessBase, where he held a talk for half a dozen of their talented programmers concerning the Fat Fritz project. The corresponding group photo implies, Thomas, Raphael and Maxim Nitsche, names not explicitly mentioned in the article, but recognizable on the photo, are ChessBase affiliates [9].