Difference between revisions of "Tech" 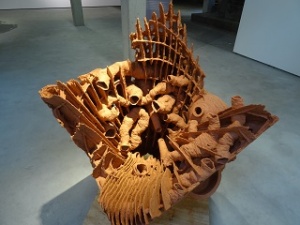 The Technology Chess Program,
abbreviated Tech, was one of the predecessors of modern chess programs, using a Shannon Type A Strategy. In 1970 Tech was written in BLISS, a system programming language developed at Carnegie Mellon University, and in 1977 ported to C. Primary Author was James Gillogly from Carnegie Mellon. Hans Berliner helped in developing the positional analysis (evaluation). The basic idea of the Tech program is due in large part to Allen Newell. In 1978 Gillogly wrote his Ph.D. Thesis about the performance analysis of Tech [2]. Tech competed at three ACM North American Computer Chess Championships, and was two times runner-up at ACM 1971 and ACM 1972.

Quotes from The Technology Chess Program by James Gillogly [3].

A chess program has been developed which plays good chess (for a program) using a very simple structure. It is based on a brute force search of the move tree with no forward pruning, using material as the only terminal evaluation function, and using a limited positional analysis at the top level for a tiebreak between moves which are materially equal. Because of the transparent structure, this program is proposed as a technological benchmark for chess programs which will continue to improve as computer technology increases.

Until recently the main effort in chess programming has been to develop programs which selectively (and hopefully "intelligently") examine a small subset of the legal moves in any position. The surprising performance of the Varian minicomputer (programmed by K. King and C. Daly) in the First Annual Computer Chess Championship (New York 1970), although due primarily to good luck in the pairings, led to increased speculation about the possibility of playing respectable chess with an unselective "brute force" program.

I am indebted to Hans Berliner, World Correspondence Chess Champion, who developed the elegant techniques used in the positional analysis, and whose patient discussion helped to clarify many of the conceptional problems. The basic idea of the Technology Program is due in large part to Allen Newell.

MIT-student Alan Baisley, who already contributed as chess expert and opening book-author, implemented Tech 2 in assembly language on a PDP-10 and gained about 25% in speed over the BLISS version on the same machine [5]. Tech 2 competed at the 1st World Computer Chess Championship in Stockholm 1974 and became fifth with two wins and losses against Kaissa and Chess 4.0 [6], placed second at the ACM 1973, and further played the ACM 1974 [7] .

Tech 3 was an own program in the spirit of Tech by Alexander Szabo as subject of his Masters thesis at University of British Columbia in 1984. Tech 3 performed a brute force alpha-beta search with quiescence and iterative deepening with aspiration windows , using a transposition table with Zobrist hashing, and still the rudimentary evaluation only based on material balance. Tech 3 was written in Fortran and IBM 370 Assembly to run on a Amdahl 470V/8, the source code listing is given in Appendix 1 of the thesis [8].