Difference between revisions of "Sunsetter" 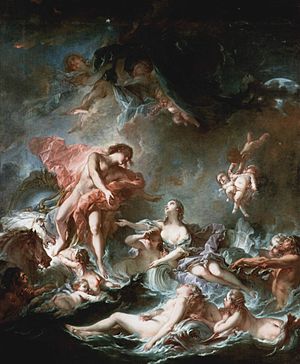 François Boucher - The Setting of the Sun [1]

Sunsetter is a bitboard engine which uses rotated bitboards to calculate sliding piece attacks [6]. The board structure further keeps an 8x8 board, and Crazyhouse specific, a bitboard of promoted pawns, and piece-lists of each player's reserve (in hand), also keeping some incremental updated attack tables. Pseudo-legal moves are generated in four stages.

Sunsetter performs NegaScout with transposition table within its iterative deepening framework using a zero aspiration window to decide whether the forced re-search of the first move half-opens the window in plus or minus infinity direction [7]. Null move pruning, extended futility pruning, razoring and fractional extensions are used to shape the tree, which has considerable larger branching factor in Crazyhouse. Sunsetter features book learning based on the final result, where root moves receive a bonus if persistent from advantageous positions in previously won games.