Difference between revisions of "Scorpio" 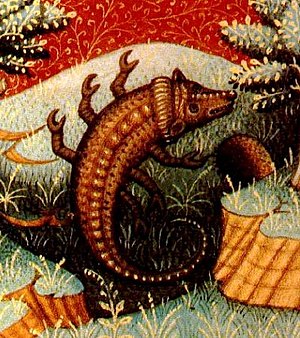 Scorpio,
a sophisticated open source chess engine by Daniel Shawul, written in C++ and compliant to the Chess Engine Communication Protocol with builds running under Windows and Linux. Scorpio participated at the CCT9, CCT11 and CCT12 online tournaments, and played the ICT 2007 over the board. It is base of Daniel's general game playing engine Nebiyu, able to play Chess variants, Checkers, Reversi, Go and Amazons [2].

Scorpio combines Bitboards with a 0x88 board representation, and the coordinate transformation in scanning bits along with the lookup of the De Bruijn multiplication. The "unique" 64-bit routine was generated with the help of the De Bruijn Sequence Generator passing Daniel's birth date [3] . Magic bitboard implementation by Pradu Kannan [4] . Thanks for the acknowledgment of both!

Scorpio 2.7.9, released in December 2017, optionally features a Monte-Carlo Tree Search (MCTS) [8]. Scorpio 2.8 in February 2018, MCTS with alpha-beta rollouts as suggested Bojun Huang [9]. The parallel search for MCTS uses virtual loss to distribute work among threads in standard MCTS rollouts, and ABDADA like BUSY flag for alpha-beta rollouts. ABDADA and parallel MCTS from the Go world are very similar in nature [10].

Scorpio has its own endgame bitbase format, which might be probed by other programs via a shared library egbbdll.