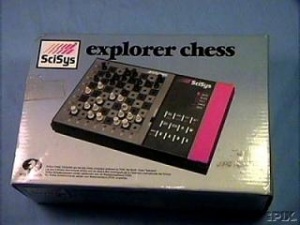 SciSys Explorer, (Explorer Chess)
along with Olympiade, Companion II, Concord I, II and Electronic Chess Mark 8, a series of SciSys dedicated chess computers released from 1983 to 85. The computers had the Hitachi HD6301V1 microcontroller with 4 Kibi ROM and 256 byte RAM in common, running the 6800 branch of the LogiChess program by Kaare Danielsen at a clock frequency of 3.6 resp. 7.2 MHz. A model similar to the Companion II was sold by RadioShack as Tandy 1650 [2]. The SciSys Explorer was Danielsen's first commercial LogiTech release [3], running at 3.6 MHz. The Explorer had an integrated travel sensory pegboard, while the other models were tabletops with press sensory boards. 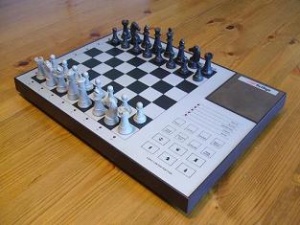