Difference between revisions of "PawnKing" 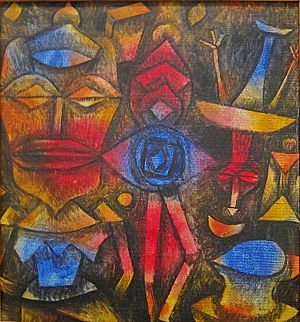 PawnKing,
a knowledge based chess program by Helmut Horacek for the domain of pawn endgames. PawnKing was written in Pascal and subject of research in Horacek's Ph.D. thesis, co-supervised by Wilhelm Barth from Vienna University of Technology and Curt Christian from University of Vienna [2]. Patterns serve to recognize important positional components in a given position, and the presence of several configurations of positional elements suggests application of evaluation and appropriate plans selecting useful moves to be searched.

A pattern is composed of three boards, a fixed-board, a not-board, and a variable-board. In the pawn endgame, a quad-bitboard for pawns and kings of both sides is sufficient. For a pattern match, the fixed-board must be subset of the current board, the intersection of the current board with the not-board must be empty, with the variable-board not empty.

The pattern match generally is performed for both sides (with appropriate changes for the black side) as well as various parts of the board (shifting the pattern by some ranks and files). Finally, some important pawns and key squares of a successfully matched pattern are given identities for further reference by piece paths and evaluation. A square can receive several identities, e.g. a pawn can be both passed and protected. However, instead of such generalized pattern matching, it seems appropriate to predetermine set-wise instances of passed pawns, candidates, backward pawns etc. with the help of pawn- and attack spans.

The knowledge discovered by patterns alone is not sufficient to obtain a value which accurately enough represents a certain positional element. Classifications are performed for all relevant positional elements, such as passed pawns, candidate pawns, weak pawns and levers inside a partial evaluation. The basic elements building up a partial evaluation are distances between pairs of squares which are referenced by the identities created by the patten match. A well defined set of distance types is available, rank, file, diagonal, pawn path and king path distance. A so called sensitive value expresses to what extend the most important distance values may change without hurting the successful check of the conditions. A goal distance represents the necessary number of moves to accomplish the goal, which is the aim of the partial evaluation. The best hierarchical values per classifications, a tuple of the conditions along with its sensitive value and goal distance, are saved for the global evaluation.

In contradiction to conventional evaluation, PawnKing's value range consists of a few discrete values: decisive, big and slight advantage for White or Black respectively, as well as equality. To satisfy attributes like unclear, with compensation, and the dynamics not yet evaluable by static means, two values of that kind are included in the global value, an optimistic and a pessimistic, with a special defined set of relational operators considering average of optimistic and pessimistic value and further best hierarchical values.

PawnKing uses a depth-first alpha-beta minimax search without iterations. Except core restrictions, a depth limit is not applied. Move ordering considers promotions, captures, moves protecting a hung pawn, or an evasion with such a pawn, as well as a classification, sensitivity value and goal distance which where calculated from the square the plan of the move belongs to. All created positions including their value, as well as the sensibility of the key squares all over the board, are saved in a table, so when it arises again due to a transposition, its value is taken directly from the table. If only the same pawn structure occurs, it is checked whether the king locations does not hurt the sensibility of any key square.