Juha Kasanen, (1944 - 1988 [2])
was a Finnish mathematician and computer scientist, chess player and chess composer [3], in the 70s and early 80s affiliated with the computer centre of the University of Helsinki [4]. Along with Mika Korhonen and Timo Saari, he was member of the team developing the mainframe chess program Shy, which played WCCC 1983 in New York.

The following position likely appeared in a post mortem analysis after a blitz game played between Henri Koskinen [5] and Juha Kasanen in 1967 [6]. Black, already two pieces down, further sacrifices the queen and a rook to deliver that beautiful finish. Of course, this mate in four is easy to spot for programs: 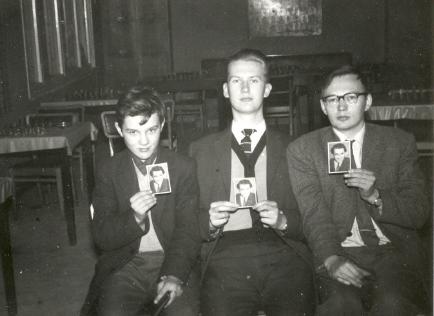