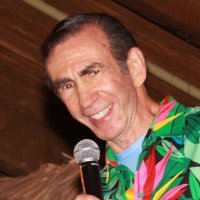 Joseph (Joe) Sugarman,
an American electrical engineer, marketing innovator, and founder and CEO of JS&A Group, Inc.. He used direct marketing to sell one of the world's first pocket calculators, and introduced the cordless phone and the digital watch to the public with his marketing techniques. In 1986, JS&A changed its marketing focus from selling electronic products to health, fitness and sunglasses. Later, in 1990, he concentrated solely on his line of BluBlocker sunglasses [2] , which he sold in direct mailings, mail-order advertising, catalogs and on TV through infomercials, and the QVC, the Home Shopping Channel [3] . 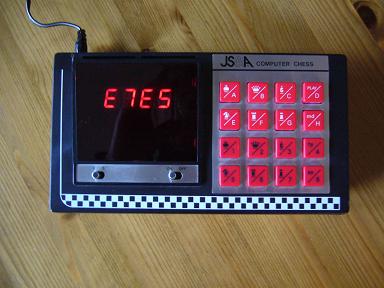 According to his marketing strategy to gain publicity, and despite the MK I was a quite weak program, he challenged World Champion Anatoly Karpov and offered him $50,000 and a percentage of each unit sold. Karpov first rejected, and later accepted to endorse the game, but offered to let JS&A spend the money on advertisement to spread the word [5] . Sugarman broached the issue in his The Adweek Copywriting Handbook with the headline "Soviet Challenge" and the sub-headline "Can an American chess computer beat the Soviet chess champion? A confrontation between American space-age technology and a Soviet psychological weapon" [6]. However, in the meantime Sugarman's busisness partner, Peter Auge of MK I manufacturer Novag, had already made his own arrangements with Karpov.

It transpired the JS&A Chess Computer and therefore in the Novag Chess Champion MK I program was a clone of the Data Cash Systems Inc. CompuChess program, which was developed by David B. Goodrich & Associates, and released in late 1977 [9] , only a few months after the first dedicated chess computer, the Chess Challenger I appeared. The ROM in the MK I was identical to the ROM in the CompuChess. In 1979 Data Cash Systems took legal action against JS&A for breach of copyright [10] , which failed because it transpired that the copyright had not been adequately protected in terms of USA law [11] [12] [13] [14].