Difference between revisions of "Joost Batenburg" 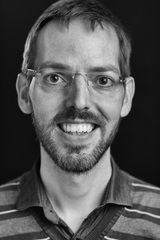 Kees Joost Batenburg,
a Dutch computer scientist and mathematician with M.Sc. degress in mathematics and CS, and Ph.D. in mathematics from Leiden University, researcher at Centrum Wiskunde & Informatica, Science Park Amsterdam, The Netherlands, and professor at Vision Lab, University of Antwerp, Wilrijk, Belgium. His research interests include discrete and electron tomography, combinatorial optimization, evolutionary algorithms, GPU computing for large-scale scientific computing, image processing, computer vision and inverse problems. He is member of the research team behind the Little Green Machine a GPU Beowulf cluster [2], and the FASTRA II desktop supercomputer designed for tomography.