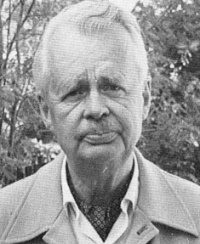 Johan Enroth, [2]
was a Swedish entrepreneur and computer chess official. In 1979, he founded the Swedish section of the ICCA - forerunner of the SSDF, and became their first chairman [3] , co-organizing the three Stockholm Microcomputer Chess Tournaments, 1979, 1980 [4] and 1981 as early highlights, and establishing the PLY magazine as official organ. Johan Enroth served as vice president of the ICCA from 1983 [5] until 1986, supporting Monroe Newborn during the third ICCA triennial.

As owner of the Systemhuset aka System Integrierung company [6], Johan Enroth worked with Swedish chess programmers, in particular Ulf Rathsman with his Princhess program, in 1981 incorporated inside the dedicated Conchess computer of the German Consumenta company. In 1983, after Consumenta went bankrupt, he continued the Conchess brand with a rather successful WMCCC 1984, but the WMCCC 1985, when Princhess as well as three instances of the new Plymate program for the Conchess co-authored by Lars Hjörth, finished way behind Richard Lang's Mephistos, yielded more or less in the cessation of Conchess computer manufacturing and Enroth's engagement in that field. 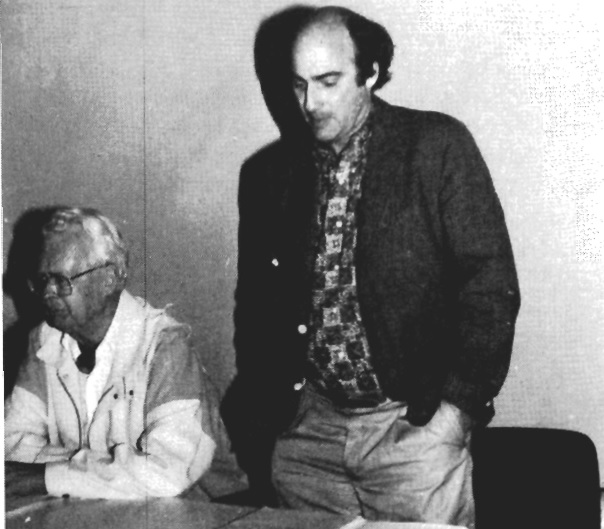 Johan Enroth and Monroe Newborn during the valedictory address of the past ICCA president,
at the triennial meeting, WCCC 1986 Cologne [7]