Difference between revisions of "Jack Good"

Irving John (Jack) Good, (December 9, 1916 - April 5, 2009)
a British statistician and computer pioneer. During World War II, Good worked with Alan Turing and Conel Hugh O'Donel Alexander at Bletchley Park, with Donald Michie and Shaun Wylie et al. in the section Newmanry headed by Max Newman, contributing to crack the German Lorenz cipher [2] [3]. After the war he worked at the University of Manchester and Atlas Computer Laboratory, and had a variety of defense, consulting and academic positions, until he came to the United States in 1967, becoming a University Distinguished Professor at Virginia Tech. In 1965 he originated the concept of an intelligence explosion, now known as technological singularity [4], which anticipates the eventual advent of superhuman intelligence [5]. Jack Good died on April 5, 2009, aged 92 [6]. 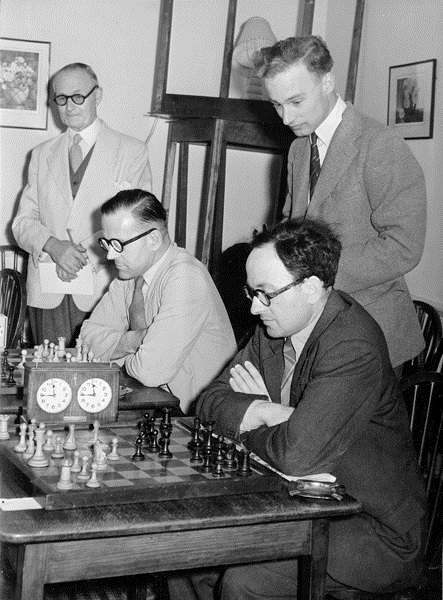 Theorem-proving was mentioned in the Five-Year Plan for Automatic Chess [11]:

Excerpt from the Obituary, The Times [15]

Marvin Minsky and Jack Good were adviser of the 1968 Arthur C. Clarke and Stanley Kubrick film 2001: A Space Odyssey, concerning Self-replicating machine and HAL 9000, the Heuristically programmed ALgorithmic computer, and were referred to both in the movie and the book [16] [17].

From Russia with Love