Ingo Bauer,
a German computer chess aficionado, tester, operator and opening book author. Ingo co-organized the BELCT 2001, where he also operated Yace. He is regular tester of Stefan Meyer-Kahlen's Shredder, and was also Shredder operator at various International Paderborn Computer Chess Championships. However, during the WCCC 2015 and WCSC 2015 in Leiden, Ingo Bauer switched sides, and was primary operator of the new Ginkgo by Frank Schneider. He operated Ginkgo versus later WCSC winner Shredder seven times including the blitz tournament, bravely fighting with the light pen, the WCCC round 3 game and the WCSC round 5 game which were drawn, as well as the two play-off games, not until the final blitz play-off was then won by Shredder by the narrowest margin of 1½ - ½. For some years, Ingo Bauer maintained the IPON rating list.

WCCC 2015 round 2, Fridolin vs. Ginkgo with some ICCA Journals, Christian Sommerfeld and Ingo Bauer,
Richard Pijl on the right fighting the Komodo with his Baron [2] 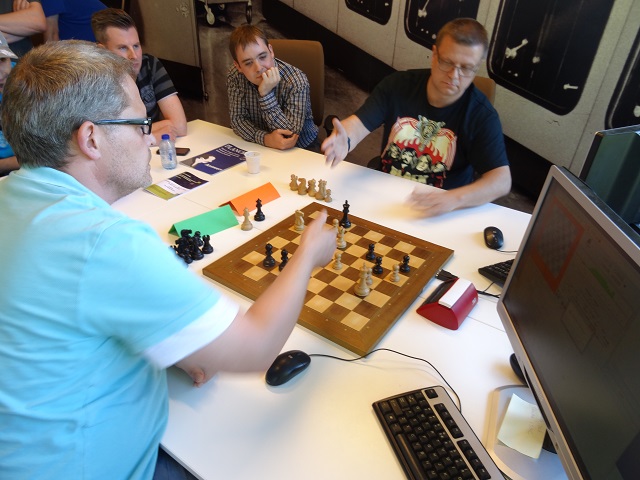