Difference between revisions of "Hans Berliner" 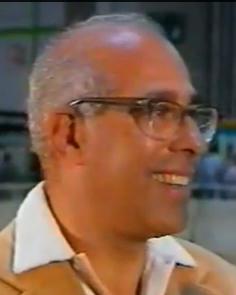 Hans Berliner made his Ph.D. Thesis in 1974 at Carnegie Mellon about computer chess: Chess as Problem Solving: The Development of a Tactics Analyser [3] under the supervision of Allen Newell. Berliner contributed as co-author to the Technology Chess Program. He was author of the chess programs J. Biit, CAPS, Patsoc, along with Murray Campbell co-author of the chunking pawn endgame program Chunker, and lead the team in developing the HiTech chess entity - namely Carl Ebeling, Murray Campbell, Gordon Goetsch and Chris McConnell. Beside other things, Hans Berliner's research was about pattern knowledge and creation and implementation of the best-first tree search algorithm called B* [4], also used in HiTech.

In the late 70s at Carnegie Mellon University, Hans Berliner developed the Backgammon playing program BKG 9.8 for the PDP-10 to research the principles of evaluation for another game than chess with a much higher branching factor of more than 800 at every node [5]. Early versions of BKG played badly even against weak players, but Berliner noticed that its critical mistakes were always at transitions apparently due to evaluation discontinuity. He applied principles of fuzzy logic to smooth out the transition between phases, and by July 1979, BKG 9.8 was strong enough to play against the ruling world champion Luigi Villa. It won the match 7–1, becoming the first computer program to defeat a world champion in any game. Berliner states that the victory was largely a matter of luck, as the computer received more favorable dice rolls [6] [7]. 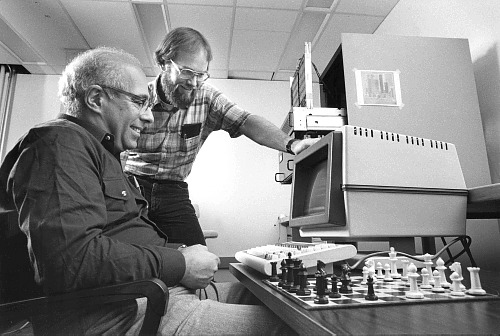 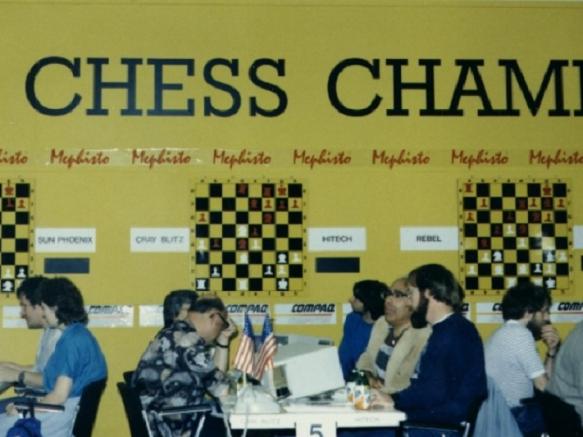 Quote by Alex Bell from his report on Advances in Computer Chess 1 [11]:

Hans Berliner about his role in the HiTech team [12]: