HIARCS Chess Explorer,
a sophisticated, commercial chess GUI for PC or Macintosh computers to run under Windows or Mac OS, designed and developed by Michal Rudolf and Mark Uniacke. It is sold in bundle with the HIARCS 14 engine based on the program which won the WCSC 2011, and is able to use any UCI compatible chess engine. Chess Explorer provides a tabbed document interface, one document associated with a chess game in playing or analyzing mode, either started from the initial position or selected from a list of games, the universe or subset from a query result of a PGN database, for re-play with further analysis with new variants and editing annotations. A tabbed window consists of tiled areas with sub- or child windows, the chess board, notation, opening book statistics, analysis, and database list or query result windows. The surrounding frame window uses the classical title-, menu- and toolbar at the top of the frame and a status bar at the bottom. 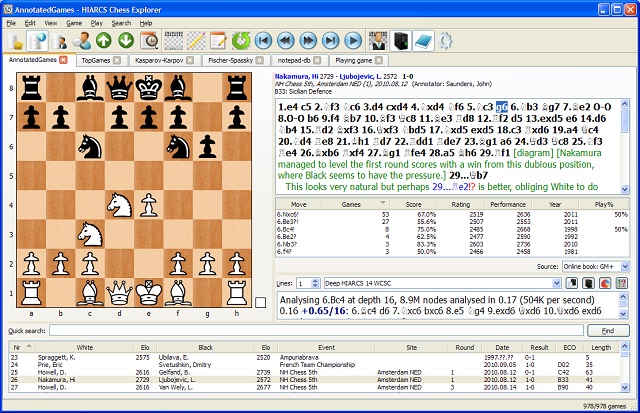 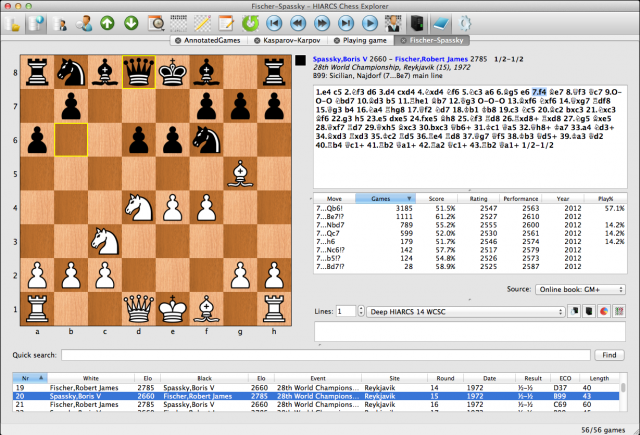