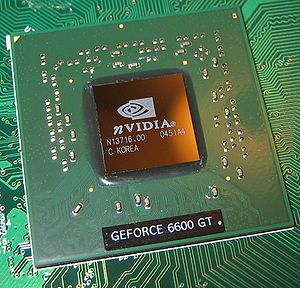 A common scheme on GPUs with unified shader architecture is to run multiple threads in SIMT fashion and a multitude of SIMT waves on the same SIMD unit to hide memory latencies. Multiple processing elements (GPU cores) are members of a SIMD unit, multiple SIMD units are coupled to a compute unit, with up to hundreds of compute units present on a discrete GPU. The actual SIMD units may have architecture dependent different numbers of cores (SIMD8, SIMD16, SIMD32), and different computation abilities - floating-point and/or integer with specific bit-width of the FPU/ALU and registers. There is a difference between a vector-processor with variable bit-width and SIMD units with fix bit-width cores. Different architecture white papers from different vendors leave room for speculation about the concrete underlying hardware implementation and the concrete classification as hardware architecture. Scalar units present in the compute unit perform special functions the SIMD units are not capable of and MMAC units (matrix-multiply-accumulate units) are used to speed up neural networks further.

A parallel programming model for GPGPU can be data-parallel, task-parallel, a mixture of both, or with libraries and offload-directives also implicitly-parallel. Single GPU threads (work-items in OpenCL) contain the kernel to be computed and are coupled to a block (work-group in OpenCL), one or multiple blocks form the grid (NDRange in OpenCL) to be executed on the GPU device. The members of a block resp. work-group execute the same kernel, can be usually synchronized and have access to the same scratch-pad memory, with an architecture limit of how many threads a block can hold and how many threads can run in total concurrently on the device.

Usually data has to be transferred/copied between a CPU host and a discrete GPU device, but different architectures from different vendors with different frameworks on different operating systems may offer a unified and accessible address space between CPU and GPU.

In general registers and Vector-ALUs of consumer brand GPUs are 32-bit wide and have to emulate 64-bit integer operations.

One reason GPUs are not used as accelerators for chess engines is the host-device latency, aka. kernel-launch-overhead. Nvidia and AMD have not published official numbers, but in practice there is a measurable latency for null-kernels of 5 microseconds [10] up to 100s of microseconds [11]. One solution to overcome this limitation is to couple tasks to batches to be executed in one run [12].

The Ampere microarchitecture was announced on May 14, 2020 [13]. The Nvidia A100 GPU based on the Ampere architecture delivers a generational leap in accelerated computing in conjunction with CUDA 11 [14].