Difference between revisions of "Elektronika IM" 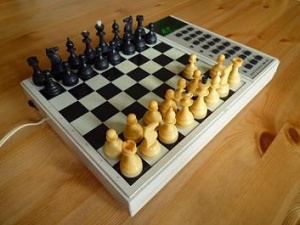 Due to travel problems, Elektronika IM-01 was unable to reach Ulan-Ude in time to play the First Soviet Computer-Chess Championship 1988. Arriving after the last round, exhibition games were arranged against the three top finisher Centaur, Strategist-1 and Algir. Petrenko's program scored 2½/3 drawing from Centaur, while only using a 1-ply search [6]. At the First International Chess-Computer Tournament in the USSR 1989 in Moscow, Elektronika IM became fifth with 2½/7 in a strong field dominated by Mephisto [7].