Difference between revisions of "Daydreamer" 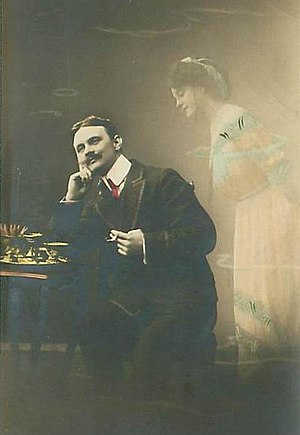 Daydreamer, (DayDreamer)
an UCI compliant open source chess engine by Aaron Becker, written in C, and the 2.0 pre-release in Rust [2], also able to play Chess960. Developed since early 2009, the program was named Daydreamer after a bug in an early version caused it to occasionally follow up very strong play with bizarre blunders, as though it had lost its focus on the game and its mind was wandering aimlessly. First released in August 2009 [3], it initially used Tomasz Michniewski's simplified evaluation function, while subsequent versions were rapidly improving since mid 2010. DayDreamer played the CCT12 and ACCA 2010 online tournaments.

Daydreamer prior to 2.0 pre-release used piece-lists and a 16x16 vector attacks board around a 0x88 board inside its middle 16x8 slots [4]. Move generation of pieces is unrolled over directions, capture generation of sliding pieces for quiescence uses the leading efficient blocker loop, i.e. for one vertical direction [5]:

Daydreamer 2.0 is a not finished rewrite in Rust [6], with the significant change to bitboards and the introduction of [[Move Generation#Staged|staged move generation].

Daydreamer is able to probe Gaviota Tablebases as well as Scorpio Bitbases [10].

Daydreamer's evaluation might be lazy with respect to bounds and margins based on cached material, considering imbalances, and piece-square table scores only. Otherwise, supported by a pawn hash table, it takes pawn structure, mobility, king safety and various other terms into account, speculatively aggregating middle- and endgame scores, which were finally tapered by a range of 24 game phases.