Difference between revisions of "Creative Computing" 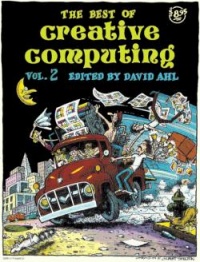 The Best of Creative Computing Vol. 2 [1] 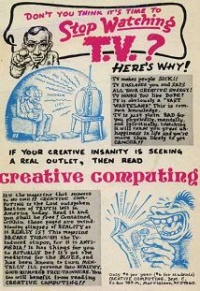 Creative Computing,
was an American computer magazine, one of the earliest covering the microcomputer revolution. Published from October 1974 until December 1985, Creative Computing covered the whole spectrum of hobbyist/home/personal computing in a more accessible format than the rather technically oriented BYTE. The magazine was founded by David H. Ahl, who sold it to Ziff-Davis in the early 1980s, but remained as Editor-in-Chief [3]. The Best of Creative Computing with creative cover arts by the underground cartoonists Robert Crumb [4] and Gilbert Shelton [5], edited by David Ahl, was published in three volumes from 1976 to 1980, available from the AtariArchives [6].

Computer Chess in CC was covered by various tournament reports, for instance by Monty Newborn and Tony Harrington, as well as game programming and algorithms, most notably by David Levy on Alpha-Beta [7].