Chessica,
a commercial Windows chess program distributed by TASC in 1995 as part of their TASC Chess System with the TASC SmartBoard and Interactive Chess Tutorials, but also as standalone Windows program. The engine is written by Frans Morsch, and based on the DOS Fritz 3.1 program [1] sold by ChessBase, which was the winner of the WCCC 1995. The functional GUI was developed by TASC lead developer Marc Derksen [2] [3], supported by Dutch chess player and chess database and GUI developer Jessica Harmsen [4]. Chessica played three Aegon Tournaments, in 1995, 1996 and 1997, and further competed at the DOCCC 1999 along with its brother Quest [5]. 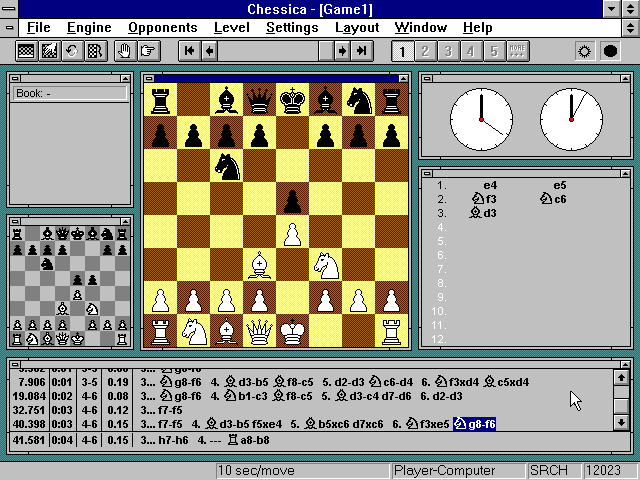