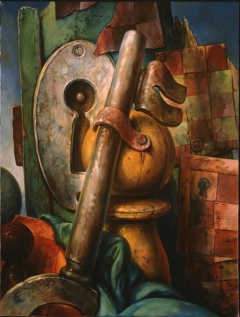 Candidates,
pawns that can force themselves to become passed pawns simply with a series of pawn moves. Candidates are half-open pawns with no mechanical but dynamical obstructions. Specifially, the pawn must be on a half-open file, and the number of defender pawns that can help the pawn advance are greater than or equal to the number of pawns which attack the pawn or squares in front of it.

If the open pawn has one or more helper-pawns on adjacent files, which are able to recapture the sentry, the candidate is a real one and is guaranteed to force a passer. Otherwise, without enough support from helpers, the candidate is only a faker.

In the second diagram both candidates are pseudo-candidates or fakers, since there are more sentries than helpers - a7xb6 is required - otherwise, after c7xb6, c5-c6 would allow the helper to advance to a passer.

Advanced candidates, already inside or about to enter the opponent side of the board are the most important to consider in evaluation. Even more if the interspan of sentries and helper is already one - and it is only about the control of the stop-square - or if the candidate is already part of a lever, the number of attacks and defenses.

In such cases, due to the forced nature of exchanging candidate, sentry and helper, only two or up to five plies are necessary to establish a passer. In fact those candidates may even be more worth than pawns already a passer - specially if the opponent king is outside the candidates square - or if the outside candidate may deflect the opponent king.

One may argue that a candidate already in lever distance with the sentry should be covered by quiescence search - since it is a capture/recapture sequence. Therefor more important to evaluate are the candidate-helper-duo/trio against one or two sentries, which is likely a kind of static exchange evaluation of the candidate's stop-square.

To cover sets of advanced white candidates with attacked but sufficient defended stops already on the on the 5th rank, one may use some code like this. Feel free to introduce branches, e.g. if there are no white pawns on the fifth rank. Anyway, wSafePawnSquares might be used elsewhere, e.g. to decide whether helper pawns may advance to defend candidate's stop.

If it is about the long-term evaluation of telestop -squares - or the need of advancement of helper(s) to defend the stop-square, things become more complicated and one probably better relies on search and some general bonus to advance half-free pawns and advanced duos. Feel free to cover attackspan-related stuff for less advanced candidates respectively helpers and helper's helpers.

Also known as a hidden passed pawn. A kind of candidate in disguise is an unfree pawn or faker that may become a passer through a sacrificial combination. In the diagram white may sacrifice the faker with b5-b6 - allowing black to establish a passer on b6 - but the sneaker on c6 becomes a much more advanced passer with a frontspan of only two against five:

A sneaker is likely advanced (opponent side of the board), rammed and defended, but no lever. No other opposing pawn controls it's stop or telestop squares.