Difference between revisions of "CXG Sphinx" 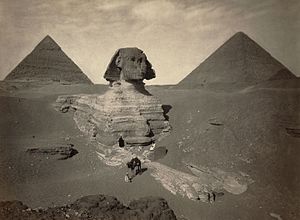 CXG Sphinx,
a dedicated chess computer series manufactured by Newcrest Technology Ltd., Hong Kong under the brand name CXG [2] [3] . The 1987 models CXG Sphinx 40 [4] and CXG Sphinx 50 [5] with magnetic sensory board were the flagships with 68000 processor and a program supplied by David Levy from Intelligent Software's estate. It was based on Cyrus 68K written by Mark Taylor advised by Levy.

The 16-bit Sphinx by Mark Taylor applied the SEX Algorithm, fractional extensions and reductions, most notably already a kind of LMR, considering forced tactical moves such as checks, captures, and mate threats [6] . The Sphinx, running on a 68020 processor, played the Manufacturers group of the WMCCC 1987 in Rome with three incarnations, and had a hard time versus three Mephisto Roma by Richard Lang, while the games were more closely than the results suggested [7] . CXG Sphinx further played Aegon 1988 and Aegon 1989.

The unrelated 8-bit CXG Sphinx Titan [10], the first Sphinx, was already released in 1986. The program was based on Enterprise by Kaare Danielsen running on the 6800 compatible Newcrest 6301Y controller, quite similar to the CXG Advanced Star Chess and CXG Super Enterprise models [11].

The medium class 6502 Sphinx Galaxy [12] and Sphinx Dominator [13] were based on Nona or even Quest by Frans Morsch, released in 1989. Interesting to recognize is the fact that all three original programs, Cyrus 68K, Nona and Enterprise played the WCCC 1986 in Cologne.

In the early 90s there were various Sphinx programs based on Gyula Horváth's Pandix adapted for the H8 processor, Concerto, Legend and Accolade [14] .