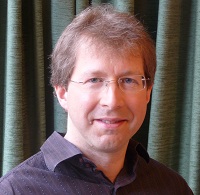 As reported in their 2014 paper Teaching Deep Convolutional Neural Networks to Play Go, Amos Storkey along with Christopher Clark trained an 8-layer convolutional neural network [4] by supervised learning from a database of human professional games to predict the moves made by expert Go players. They introduced a number of novel techniques, including a method of tying weights in the network to 'hard code' symmetries that are expect to exist in the target function, and demonstrated in an ablation study they considerably improve performance. Their final networks can consistently defeat Gnu Go , indicating it is state of the art among programs that do not use Monte-Carlo Tree Search, and was also able to win some games against Fuego while using a fraction of the playing time [5][6][7][8][9] .